Gillian Grant is an American Yoga Teacher and Trainer (500 E-RYT, RYS, YACEP), Naturopath, Ayurvedic Therapist, and Adaptogen Educator specializing in Mycology and living in Paris for over a decade.

Yoga became a major part of Gillian’s life after giving birth to her son over 15 years ago. Her practice has helped to maintain balance in her personal and professional life. Teaching for Gillian is a way to help others also find balance in the often hectic urban environment.

As a student and practitioner of Ayurvedic medicine and Naturopathy, Gillian finds joy in working with homeopathy that is complementary to modern treatments. As a Reiki master, she has practiced the healing arts through touch and redirection of energy in the body. As an Adaptogen Educator, she uses her knowledge of Mycology to assist her students and patients in the cultivation and uses of fungi to treat various illnesses and to live a more balanced, centered life.

Gillian completed her first Yoga training (200 RYT) at the Sivananda Ashram in Orleans, France. The Sivananda school of Yoga is a very traditional Hatha practice with a major focus on the Vedantic principles of spirituality. In 2015, she completed her Kundalini Yoga training, an energetic technology as taught by the master Yogi Bhajan to bring the practice of Kundalini to the western world. Gillian’s advanced training (300 RYT) specializing in Ashtanga and Iyengar was completed at the Association for Yoga and Meditation in Rishikesh, India in 2016. Most recently, in 2022, Gillian completed her advanced training (300 RYT) at Sattva Yoga Academy in the Himalayas above Rishikesh, India. Sattva teachings are from the Yog-Vedantic and Tantra traditions and have been taught by the Rishis of the region for thousands of years.

Gillian is the founder and lead trainer of Transformational Yoga, a school based in Paris, France that trains and mentors new Yoga teachers and offers various workshops, classes, and retreats for the local community.

In addition to her Yogic studies, Gillian has studied the teaching of higher education at Harvard University to bring more academic focus into the world of Yoga and is currently developing a method based in Polyvagal Theory and writing a book about cultivating Divine Consciousness through the use of microdosing fungi 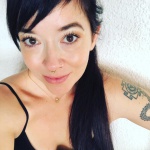